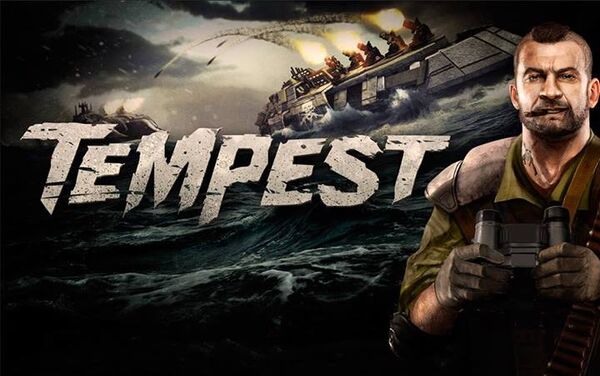 The war rages on with Reaver forces continuing to relay in from their distant sectors. The constant onslaught has resulted in a dangerous escalation of Draconian power. Greta Spader has deployed her Typhoons into the fray, sparking the fury of veteran Forsaken forces. Captain Harlock is out for blood, calling all Forsaken to open conflict. The time for skirmishing has passed. These threats must be eradicated before the Forsaken are destroyed in the crossfire.

Tempest will begin June 12th and will run until June 16th.

Tempest will be a staggered start with the following times:

Players will be targeting sets of Warzone Targets to earn Points. Warzones will feature ships from the Draconian Empire and the Reaver Faction. Captains will be faced with the challenge of avoiding fire as the Draconians and Reavers clash in combat and are tasked with eliminating all forces present in the target.

ALERT! - A new target type has been identified in this event as the full weight of the Reavers and Draconians collide in combat. This target has a large point payout per ship destroyed, but should only be approached by Captains with the highest levels of technology.
Note: level 75 warzones are the new target type.

We've removed the cap on set completion. You may now complete each set as many times as needed, and still get a completion bonus.

Tempest will feature a large pool of prize options per tier that are available for purchase. Players will earn points for completing sets of targets and will be able to redeem their points for prizes.

Players will be able to redeem three prizes per tier.

Looking to up your game? Take a look at this post which gives some tips and tricks when approaching Warzone Targets - CLICK HERE.

This is a link to bpprof and what he is going to say about the raid "Tempest" and its prizes - http://bpprof.blogspot.sg/2014/06/tempest-new-prize-analysis-and-what-to.html BPprof prize analysis:

"And what to get.... Yes - first of all you want the new stuff - Enforcer Hull and D92-F.  Best together, but the Enforcer will be useful even without a launcher.  Other prizes worth thinking about (based on the video showing the prizes):  Tier 5:  Nuclear Cruiser - NCs are the new MCX.  They might not beat every base, but they are very useful in PvE.  You want them.  (a upgraded version may be coming in campaigns, likely as a limited blueprint. I still don't think I'd pass these up if I didn't have them) Tier 4:  Hornet UAV - If you don't have either UAV, the Hornet should be your first choice.  The Dragonfly is a nice add-on, but not as your primary damage dealer. Javelin and Disrupter turret - these base defense turrets are used in the highest bases.  The Javelin has been around a few times lately but the Disrupter has not been seen so often. Speed and Strike System 3 - Yes you want these.

* If you lack a nuclear weapon, get the D92F or the D92U, they could go on a lot of hulls and worked pretty well.

Tier 3: Barracuda - nice FvF equalizer, relatively quick builds. Alloy Armor Specials (MC-3, CX-3, MX-3) - tailor your protection against your expected targets.  MC-3 is most common on base fleets. Countermeasures 3 Special - for dedicated Countermeasure ships. Assault Disrupter D33-D - if you can't get a Disrupter turret, these are useful on Goliath/Rampart for base defense. Tier 2: Battle Cruiser - Versatile hull if you don't have it, cheap too (110k points).  If you really can't get here, look for... Tier 1: Battle Barge A - ...and start building them insty repair with ballistics. Tiers 1-3:  Hailstorm and Phalanx (Anti-mortar and Anti-Missile) - these are always useful, lower level specials (non-3) aren't useful once you get a better version. Shredder Cannon - maybe not top priority, but these are going to get a lot more useful after the weapons update." 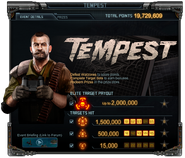 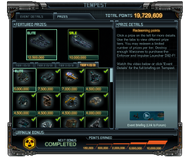 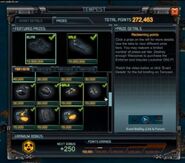 Nuclear Winter has come; After the Forsaken steal & perfected their drone tech, the Drac is now doing the same to the Reaver's nuke tech.

Community content is available under CC-BY-SA unless otherwise noted.